I was approached by the clerk of the Yuba branch of the Local Agency Formation Commission and asked to design a business card, one for the currently formed Yuba branch, and another in the future for Sutter. I asked if she might like to incorporate a seal. She stated that there were none in existence. So, I created some.

Originally, I provided about 20 different wreaths and lockups, including one with a Latin inscription, but in the end, a fairly simple version of each was chosen.

If you look closely, you can see that the wreaths are slightly different between the two cards. For Sutter, the wreath is of barley grains, but for Yuba it’s rice. Each seal features its own county outline within. 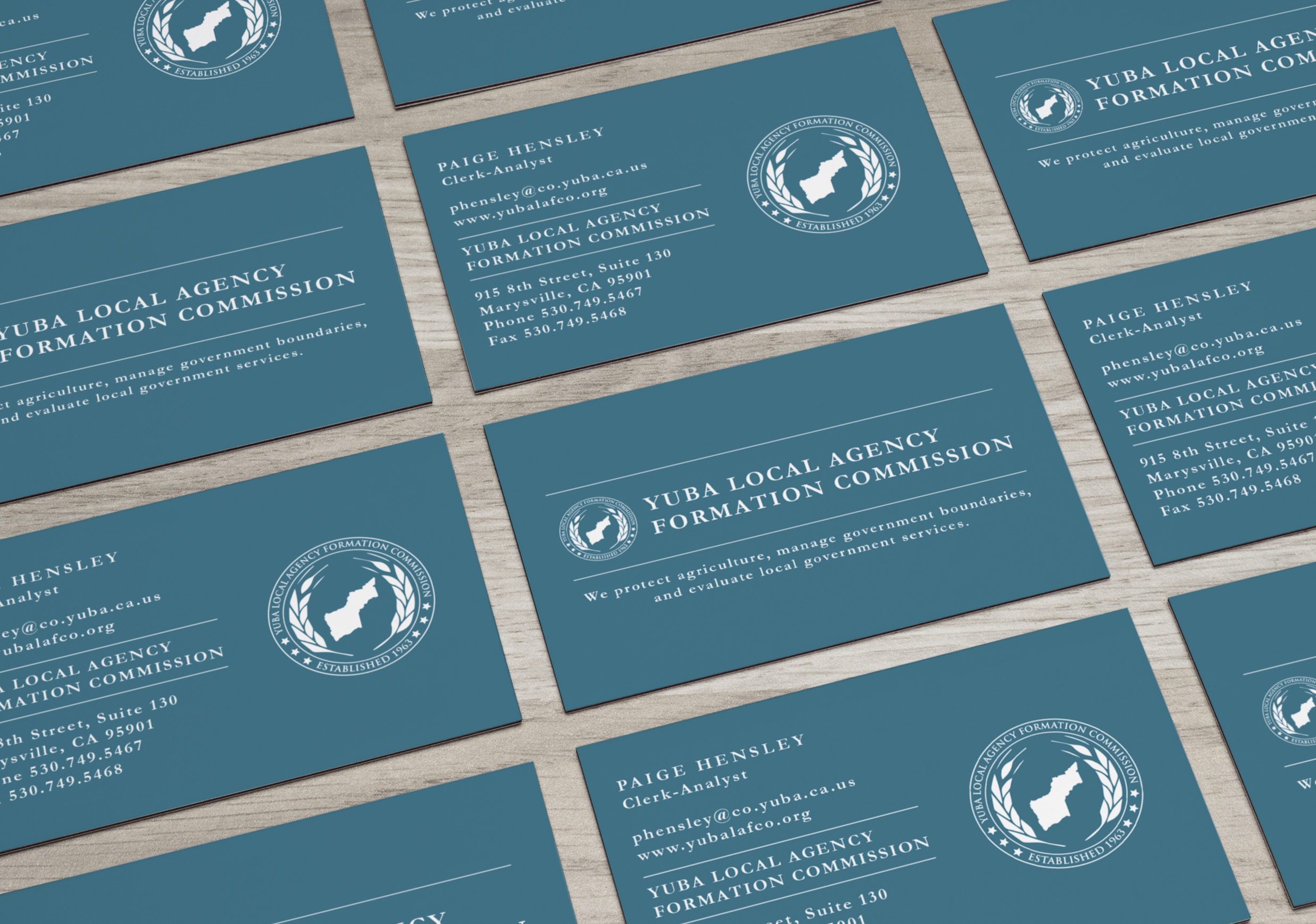 The cards were colour-coded specifically, as there are multiple LAFCO branches around California, each with a proprietary colour. I went with an olive-gold for Sutter, named after John Sutter, who discovered gold at [his] Sutter’s Mill, and a slow-river teal for Yuba, which is known for its rice production and marshes.